Richie graduated from Glendale High School in Glendale, CA in 2000. He studied Music Education and Computer Science at Pasadena City College where he received his A.A. and A.S., and then transferred to California State University, Northridge where he received his Bachelor’s of Arts in Music Education and his Single Subject Teaching Credential. He studied tuba under Doug Tornquist and his performance experience is with the Pasadena City College Tournament of Roses Honor Band and was even the Drum Major of the group for the 2001 Rose Parade.

Richie has worked with students from all levels of music including Elementary, Middle, High School and Community College. He was the brass caption head of the Impulse Drum and Bugle Corps for two years (2010 and 2011) and brass arranger for Watchmen Drum and Bugle Corps in 2015. After graduating high school, Richie has also been a percussion instructor, music arranger/composer, Drum Major instructor, tuba instructor, and Program Coordinator for schools including: Toll Middle School, Crescenta Valley High School, Temple City High School, Pasadena City College, San Marino High School, El Rancho High School, and Los Amigos High School. Along with being a full-time music director, Richie designs marching band, winter guard, indoor drumline, and indoor winds drill for multiple groups in Southern California. He was a Director of Pulse Percussion from 2012 to 2015. 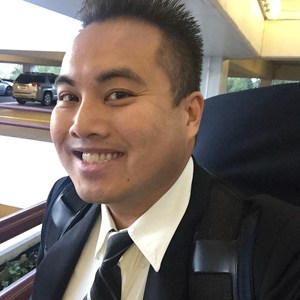